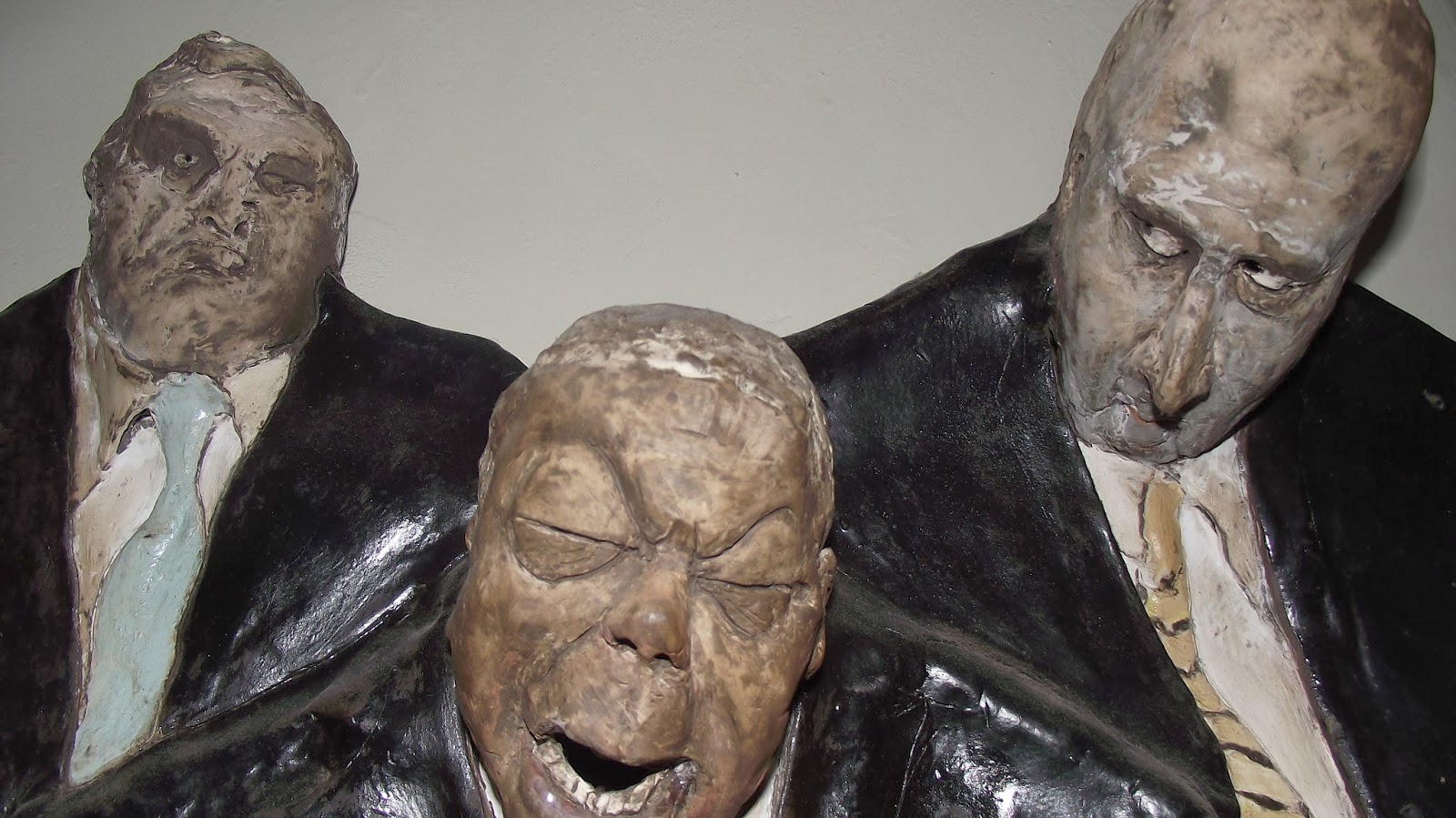 
Ten thousand students chant the name of Al Capone on the sports field of Northwestern University.. The popular Capone greets the multitude with a two handed wave. Twelve bodyguards escort him. At the gate an armoured Cadillac awaits him. Capone sports a rose in his lapel and a diamond stickpin in his tie, but underneath he wears a steel vest, and his heart beats against a . 45.


He is an idol. No one provides as much business for funeral parlours, flower shops, and tailors who do invisible mending on small holes, and pays generous salaries to policemen, judges, legislators, and mayors. Exemplary family man, Capone abominates short skirts and cosmetics. He believes woman's place is in the kitchen. Fervent patriot, he exhibits portraits of George Washington and Abraham Lincoln on his desk. Influential professional, he offers the best available service for breaking strikes, beating up workers, and sending rebels to the other world. He is ever alert to the red menace.


Eduardo Galeano. Century of the Wind.